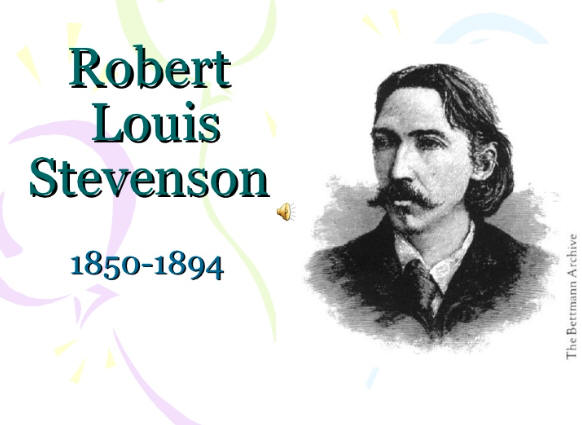 The world-famous Scottish writer and friend of Hawaiian royalty, Robert Louis Stevenson, was born in 1850. But in 1891, at the age of 41, he formally gave away his Nov. 13 th birthday to a 12-year-old girl (See below for details). So fittingly we will celebrate his birth and his art the next day, Nov. 14 th, with a birthday cake and the 1971 film version of his famous novel Kidnapped, first published in 1886. The novel Kidnapped is sometimes said to be Stevenson’s masterpiece.

Bring your own sack supper. We will provide birthday cake, popcorn, and iced tea, and in return suggest a donation of $3 for
members or $4 for non-members—reservations not necessary. Parking at the church is plentiful. Turn makai (toward the
ocean) off of Harding Ave. and the church is on your left. The hour from 6:00 to 7:00 is for eating and celebrating; the movie
starts at 7:00 pm.

This hard-to-find movie version of Kidnapped was filmed in Scotland with lots of great Scottish scenery and is said to be about
80% historically accurate. The movie stars Michael Caine with Lawrence Douglas, Vivien Heilbron, Trevor Howard, Donald
Pleasance, Jack Hawkins, Gordon Jackson, and others in a rousing adventure story set in Scotland in 1751.

“No further use for a birthday.” In June of 1891, Stevenson heard that Annie Ide, the 12-year-old daughter of the U.S.
Commissioner to Samoa, where Stevenson then lived, was unhappy with her birthday, which was Christmas Day. He sent a
formal-sounding document to her family in which he gave his own birthday, Nov. 13 th , to Annie. The document states that Miss
Ide “was born, out of all reason, upon Christmas Day, and is therefore, out of all justice, denied the consolation and profit of a
Proper Birthday.” It asserts that “I, the said Robert Louis Stevenson, have attained an age when we never mention it, and that I
have now no further use for a birthday of any description.”

The document asserts that he “has transferred, and do hereby transfer to the said A.H. Ide, all and whole of my rights and
privileges in the 13 th day of November, formerly my birthday, now, hereby, and henceforth, the birthday of the said A.H. Ide, to
have, hold, exercise and enjoy the same in the customary manner, by the sporting of fine raiment, eating of rich meats and
receipt of gifts, compliments and copies of verse, according to the manner of our ancestors.”